I want to start with a disclaimer: I am not vegan. But, I love trying new food, and I love that these fancy vegan places are currently on trend. I particularly love that in buying vegan food I increase the demand for this market and that in general it’s a really easy way to make a small difference to the world. If you’re interested on my views on veganism in general, check out my flexitarian post (and also my vegan meals for non-vegans if you want to cook more vegan food at home!) In short, I think it’s great if you can be a vegan/vegetarian all the time, but that it’s also really fantastic if you can have more meat-free days and be vegan/vegetarian once in a while.

On this note, I realised while in Vienna that it appears to be a vegan haven. There’s lots of delicious vegan food everywhere you go, and so I wanted to give it a try. Below are 5 vegan restaurants / cafés I visited, along with what I ordered and what my overall thoughts were. I hope this inspires you to try somewhere vegan next time you’re going out for dinner!

This place was SO INCREDIBLY CUTE I can’t even. This place is not just vegan; it’s raw vegan. I went for the stuffed avocado, beetroot latte with oat milk, and lemon & poppyseed muffin, and everything I had was absolutely delicious (plus I adore the way it was served). Would HIGHLY recommend if you get the chance to go. 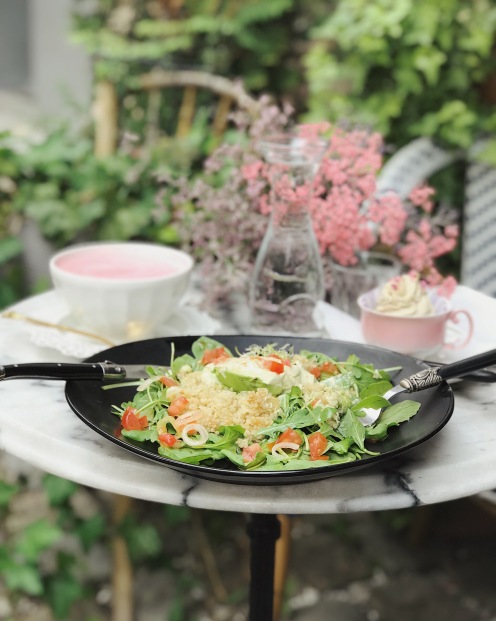 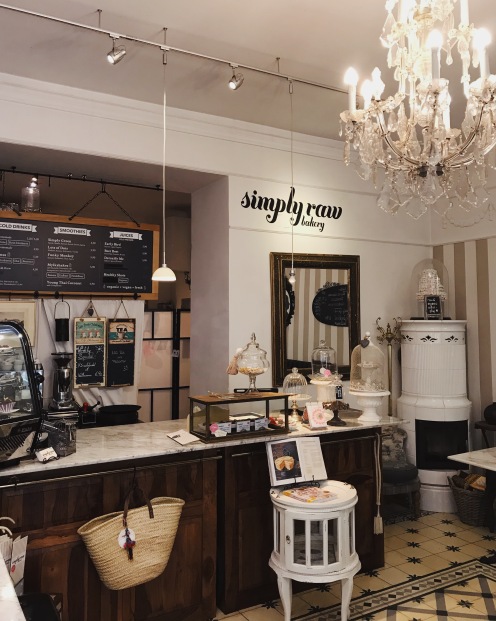 There are two Veggiezz restaurants in Vienna (I went to the one on Salzgries). They have quite a varied menu, which made me want to try more in the future! I went for the pesto pasta, and I have to say, although I was sceptical at first, that this really works as a vegan dish. For me, pesto is definitely more about the basil and pine nuts than it is about the parmesan, and I didn’t notice a massive difference in flavour or texture.

What I would say is, when eating a vegan meal which resembles a non-vegan meal, don’t try to “pretend” it’s not vegan. Accept that it doesn’t contain cheese, and that’s ok (rather than thinking of it as containing a “cheese substitute” or anything like that). 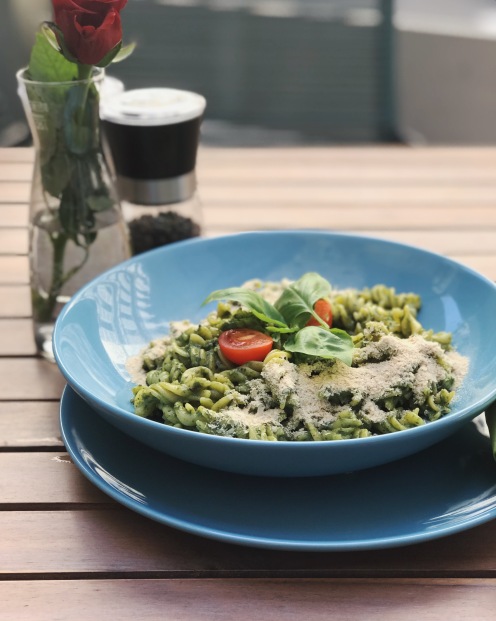 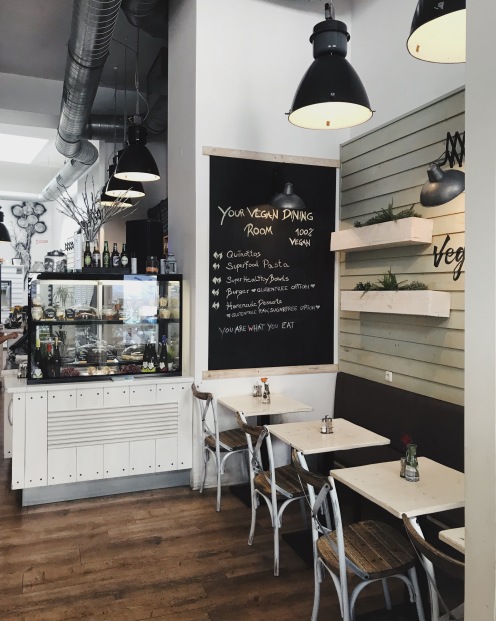 Another chain, I went to the one on Schwedenplatz. I thought this was absolutely incredible, and would 100% come here for a burger rather than go somewhere non-vegan. I went for the Vienna Burger and Vegan Nuggets with hot pepper sauce, and I genuinely preferred it to meat versions of the same food. The burger was divine. The location is beautiful as well – really modern and elegant, with the slight hipster edge all these vegan places seem to have, and lazy swing music playing in the background. Overall, loved the vibe, loved the food, 10/10 would try again. 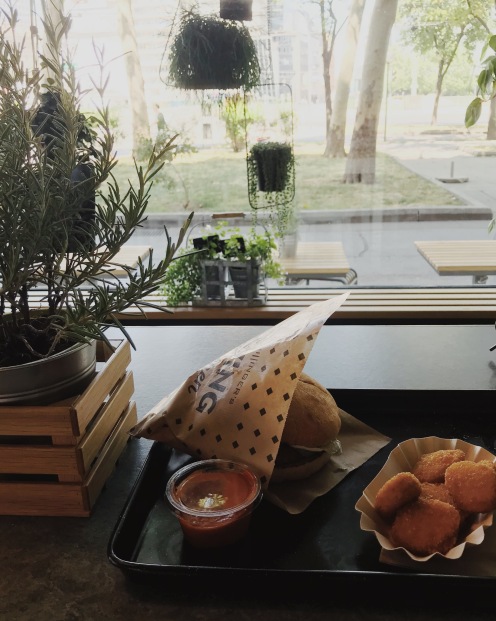 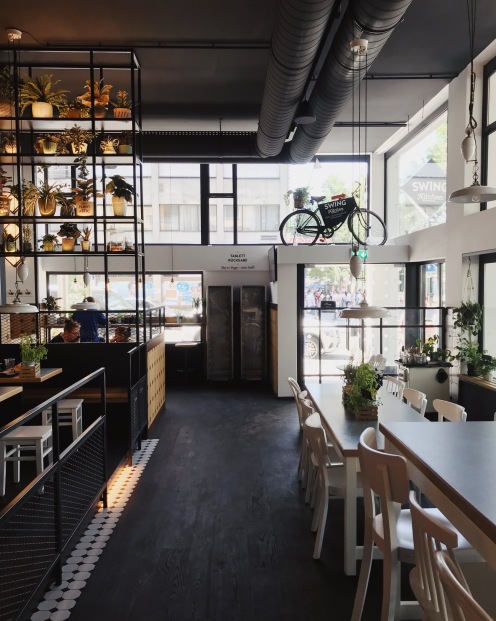 Café Harvest is a good alternative if you’re looking for somewhere that does traditional Viennese food. Their dishes are good, filling, and come in large portions. I got Rahmgulasch mit Servietteknödel and a vegetable soup. I really love vibe of the place as well, with mismatched sofas and vintage tablecloths. The only thing I’d say is, as I mentioned earlier, I’m less of a fan of vegan food as a “substitute”, as I do love vegetables and would generally prefer that to things like soy protein. However, it was still delicious and if for whatever reason you do want an actual substitute for traditional Viennese, I would recommend. The other thing to add is that it doesn’t open until 2pm on weekdays, so although it has a very “lunch-ey” vibe, it’s more of a dinner place on weekdays. 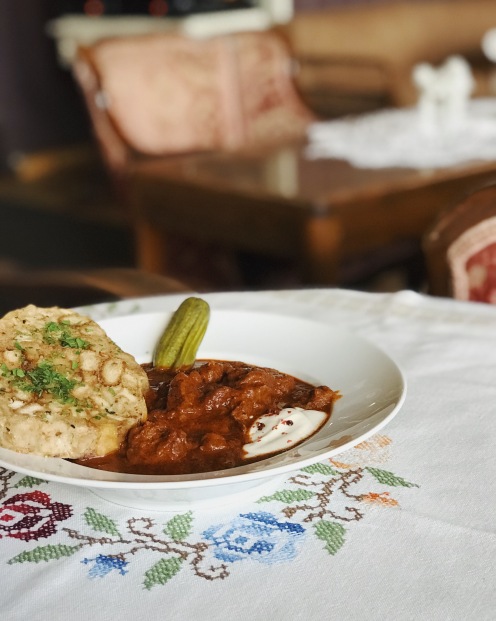 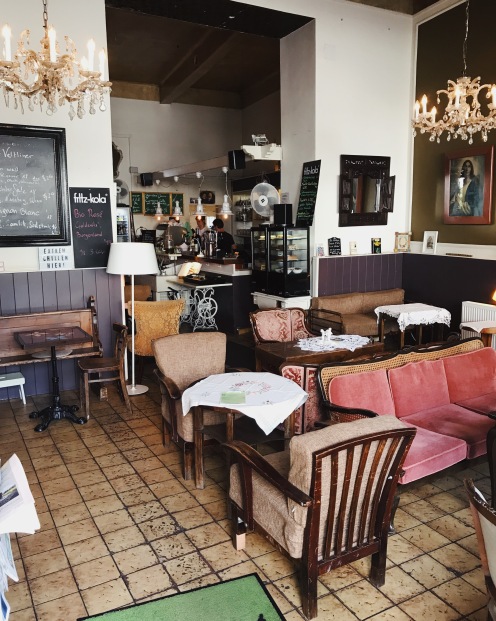 Veganista is incredible. Now a chain with 6 stores around Vienna, I can see why it has become so popular. The texture is exactly the same as dairy ice cream, and the flavours were subtle yet delicious (slightly less sweet than most ice creams I’ve tried, but for me personally this was a good thing). I also noticed that the ice cream seemed to take longer to melt, which was interesting. They use 4 different types of vegan milk to make their ice creams, with a note next to each one saying which milk it’s made from. I went for blueberry and lavender, and vanilla, both made from soya, both fantastic. I actually really wanted to go again, but it didn’t work out in terms of timings which was a shame. I’d highly, highly recommend. 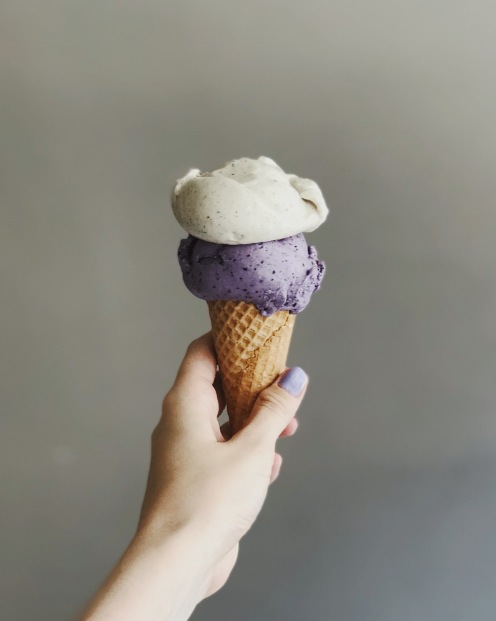 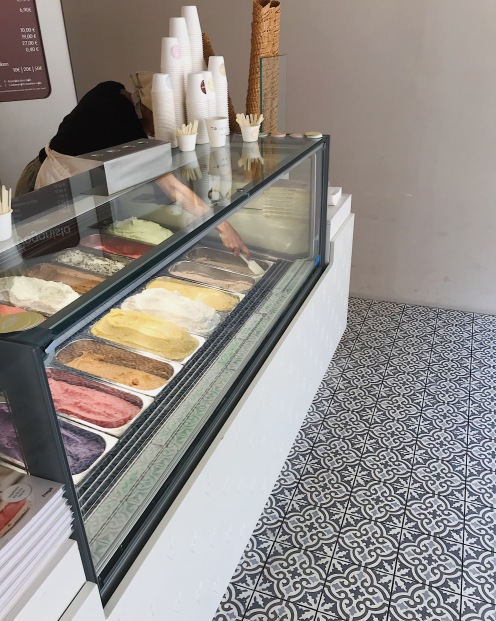