I was recently in Rome, and before going I had made it my mission to try Rome’s “top 5 gelatos”. As it turned out, there isn’t actually a definitive list of Rome’s “top 5 gelatos”, so I ended up having to compile my own list (thanks, the internet). In order to fit 5 ice creams into my visit, I ended up having gelato for breakfast on the last day – all worth it though! 5 is a much better number than 4. Feels much more rounded, more “complete” for a list such as this one. I had two scoops at each place, and I decided I was only allowed to choose a very narrow range of flavours, for consistency: vanilla, fior di latte, and dark chocolate (or similar if they didn’t have the above). I also wasn’t allowed add-ons, unless they were free with the ice cream. Below is my final verdict:

Fata Morgana
I have to say, this didn’t feel particularly Italian. To me it tasted more like English ice cream rather than “gelato”, and not particularly special English ice cream at that. I also thought the colours seemed a bit too bright – I’ve heard in the past that this can signify the flavours are artificial. 5/10 (Fior di latte, Vanilla) 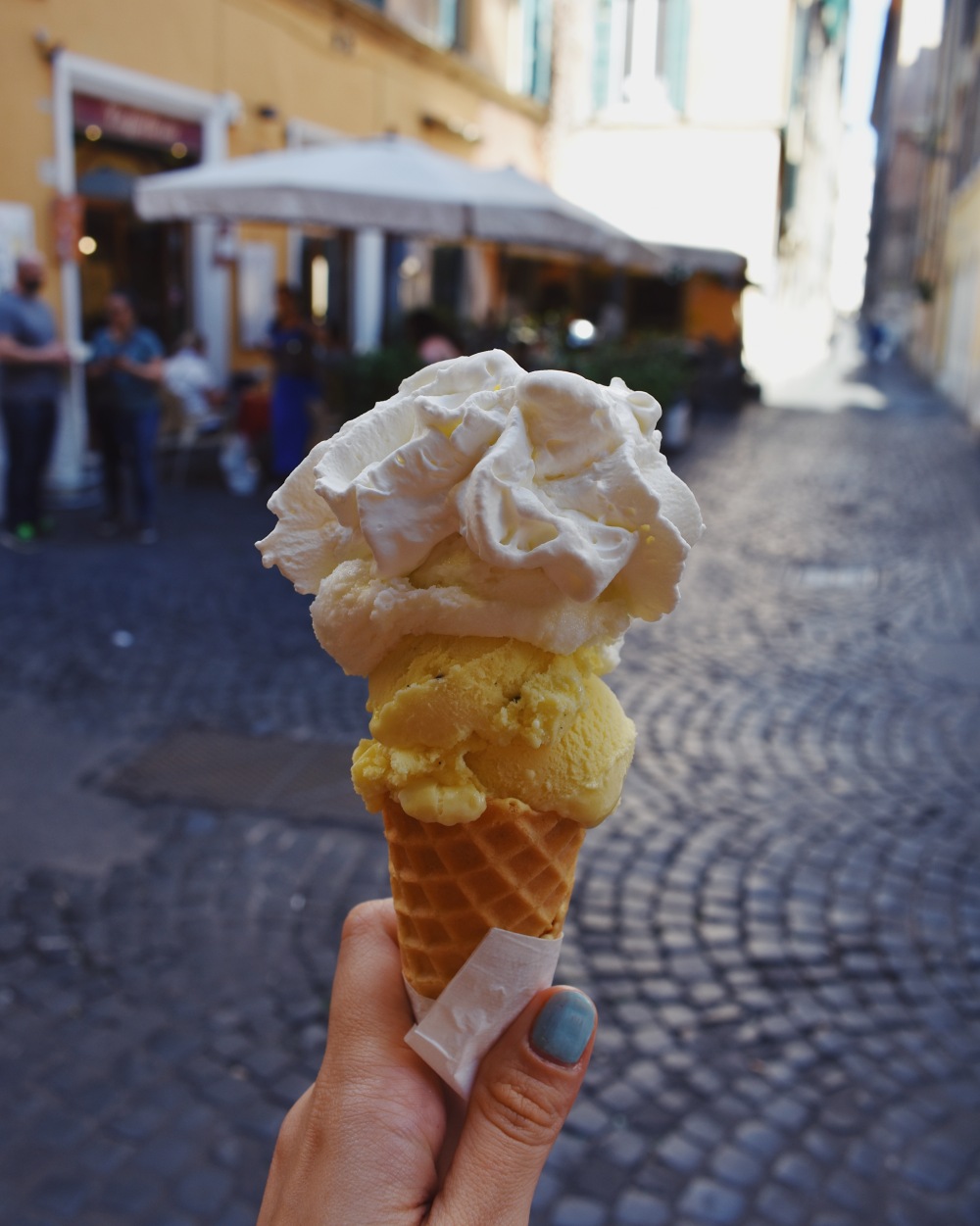 Gelato San Lorenzo
This was really good – the ice cream was stored in big metal tubs, had great flavours, and was all-organic. My only issue was the way they served it – the ice cream was poorly balanced on the cone and a large chunk fell off almost immediately. I can only assume this is down to serving technique. The ice cream also melted quite fast, again due to how long it took them to serve it. 7/10 (Vanilla, Dark Chocolate)

Venchi
Exactly what you’d expect when you think “Italian gelato”. Really creamy, great subtle flavours, and not too sweet – perfection. It also came with a nice chocolate instead of a wafer! However, the vibe of the place is quite fancy and not necessarily “authentic Italian” (whatever that means). Basically, it felt like going to a super luxurious chocolate shop, rather than just going out for a casual ice cream. 9/10 (Vanilla, Aztec Chocolate) 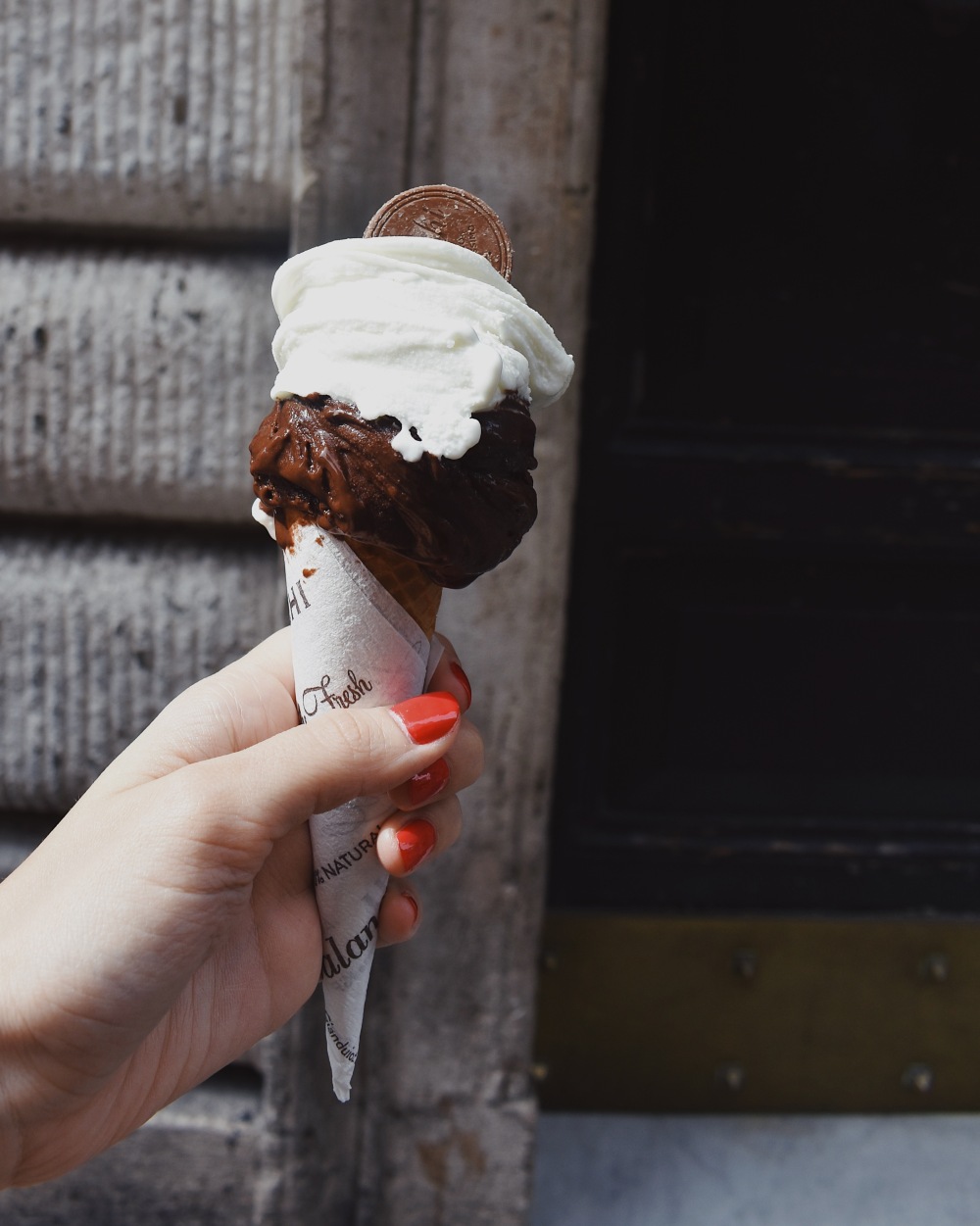 Giolitti
This is was amazingly creamy and light. Unreal. BUT they didn’t have vanilla OR fior di latte! The closest I got was rice. It also melted v quickly (not as quickly as #2 though!)
As a cherry on top of the cake, the cream on top of the gelato was incredible. 8/10 (Rice, Cream)

Gelateria del Teatro
This was it for me. Simple, Italian, and a beautiful location. The flavours were exactly what I wanted them to be – a little bitter for the chocolate, and full of flavour yet not too sweet for the vanilla (plus they actually had vanilla!) Creamy consistency, and held together really well. The only thing to note is that the waitress was a bit grumpy and they only let you taste one flavour – I understand that they don’t want people taking the piss, but usually when I want to try a flavour it’s because I’m deliberating between two different ones, so I do think their rule is a bit silly. This one was still the top for me though. 10/10 (Madagascan Vanilla, Pure chocolate) 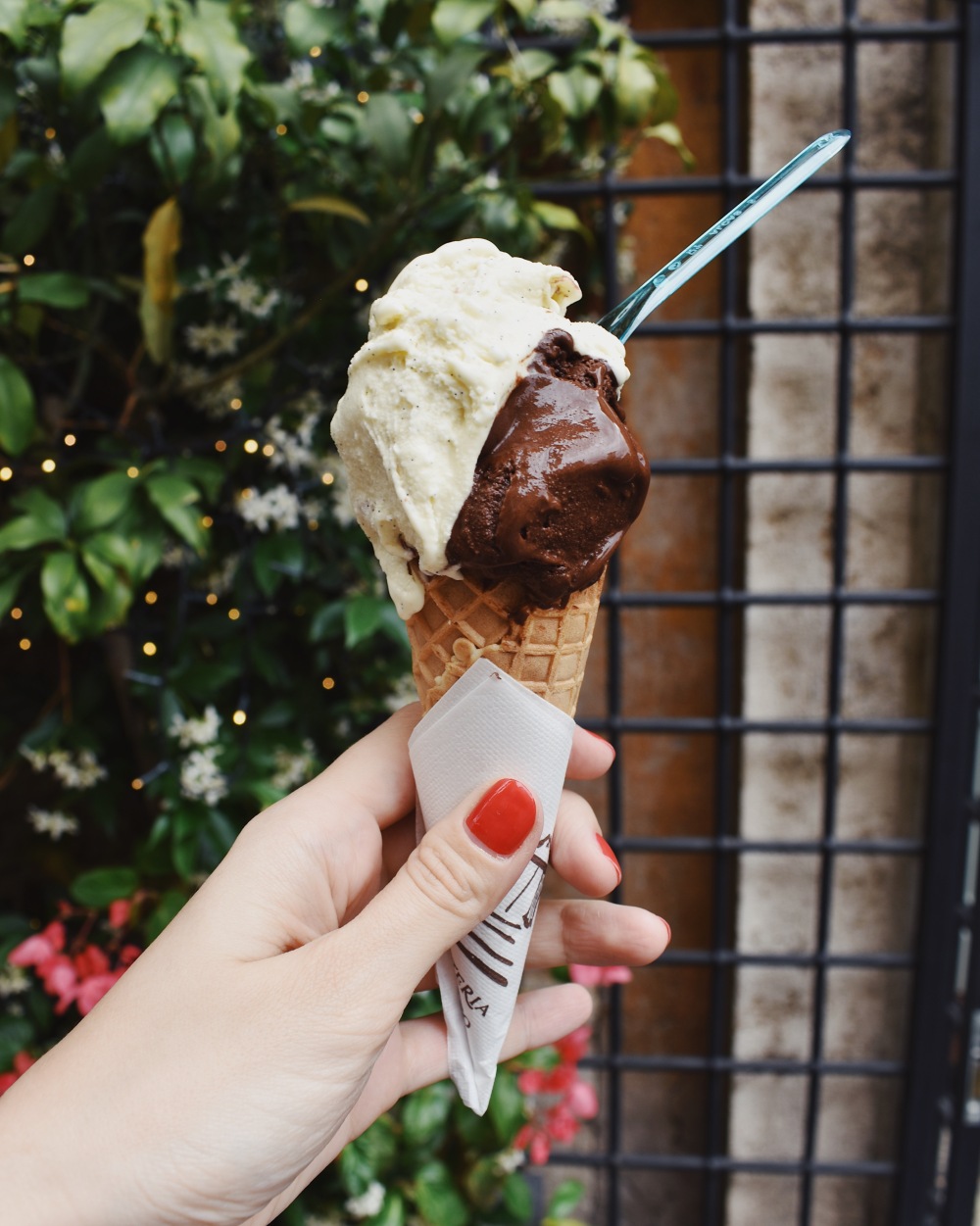 (I can also recommend their “dark chocolate and red wine” flavour, which was my taster)

All opinions are my own (lol)